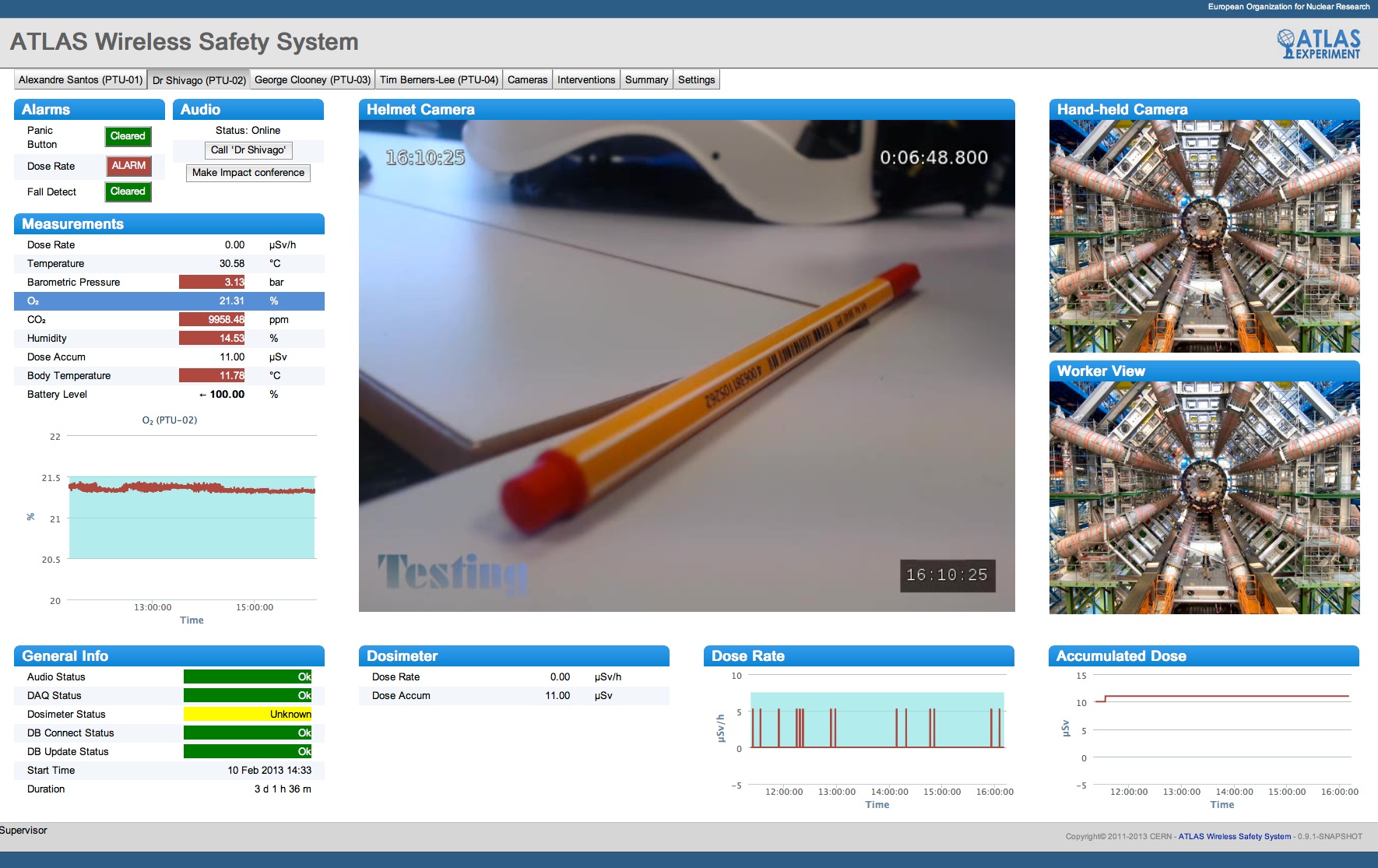 To supervise underground activity in the ATLAS experiment at CERN, mostly in radioactive areas, the ATLAS Wireless Safety System was designed to visualize and record a user's activity. The user has a camera on the helmet and several measurement devices (radiation, heartrate, temperature, O2, CO2), which are read out continuously using a PTU box. I designed and wrote the Data Acquisition Server and the Web display for this project. In the EDUSAFE project ATWSS is taken onboard and extended with Augmented Reality to provide the user with an interactive view of the procedures he needs to execute during his underground activity. 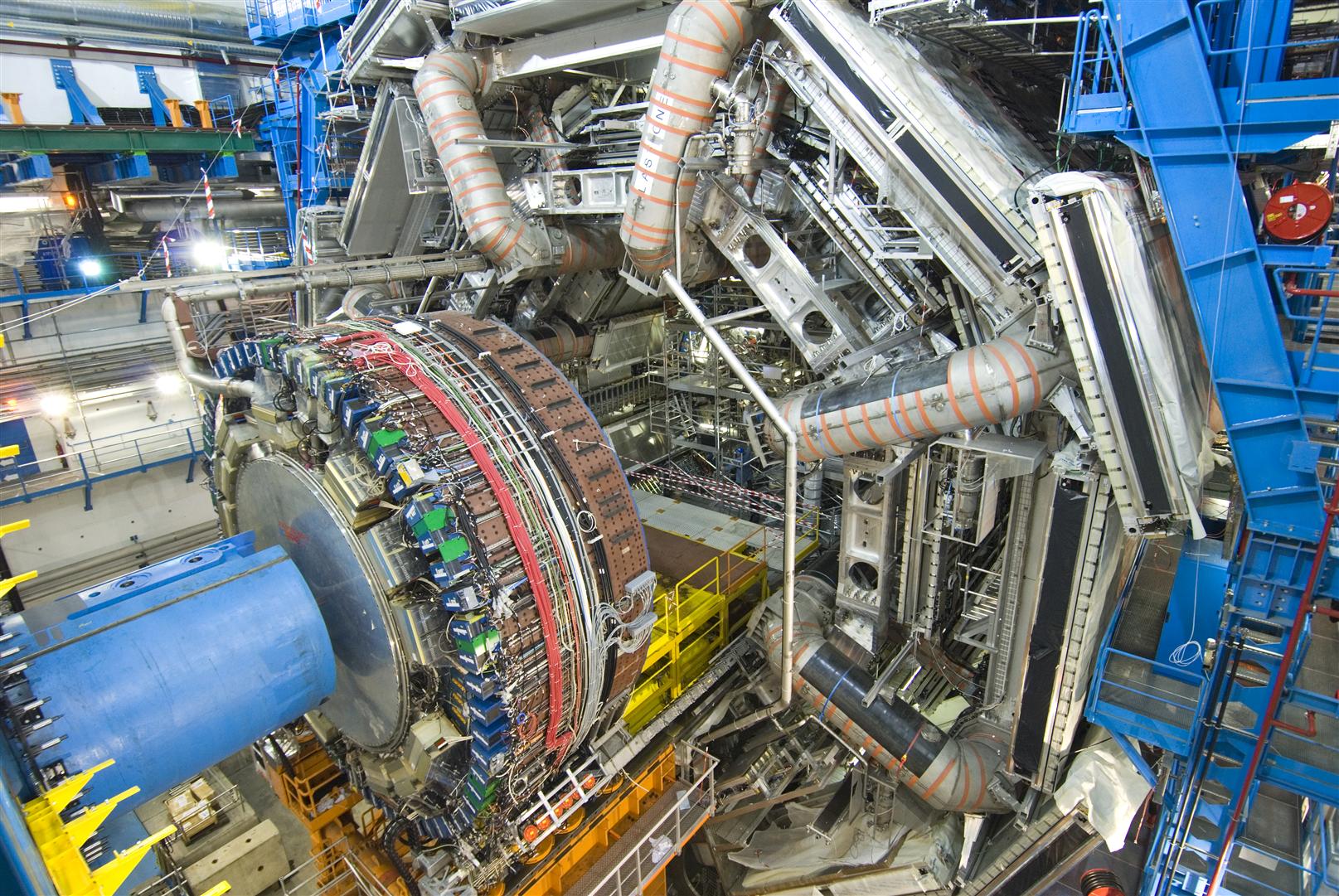 After opening the ATLAS detector it needs to be repositioned in the same place as before. To accurately do this a system of BCAMs is in place to measure the exact position of a number of subdetector systems. A readout system was created in C++ using the QT Framework and some ATLAS specific software. It is in use during the closure of ATLAS in a interactive fashion and runs in monitoring mode while ATLAS is closed and in operation to see if there is any movement. The system is maintained and currently being extended by me. 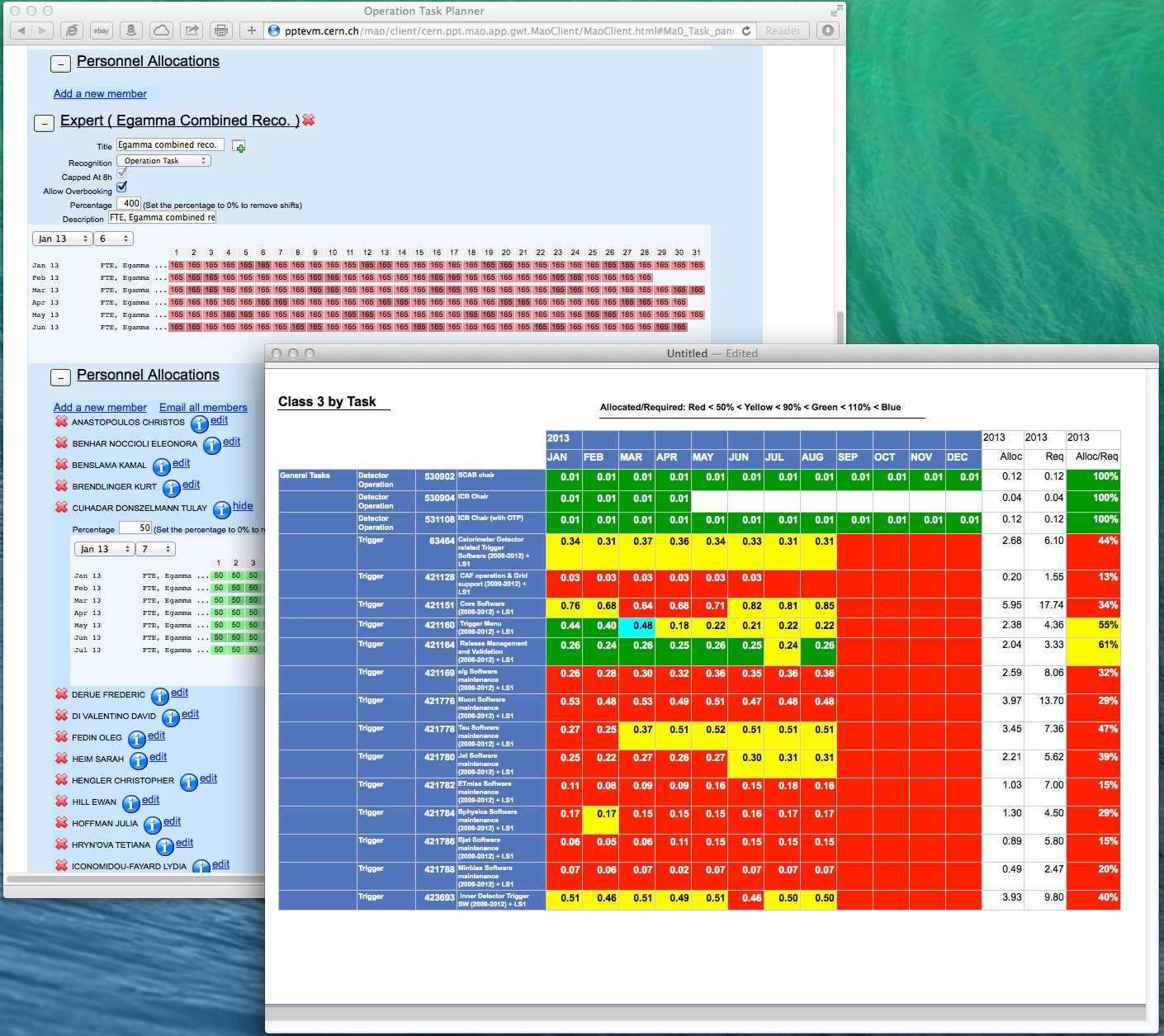 To account for all the non-physics work in the ATLAS experiment, accounting is done using the Operation Task Planner (OTP). This tool, written in Java, translated into a WebApp using Google Web Toolkit (gwt), fills a Database with work done by ATLAS users. The same tool is also used to subscribe to shifts and on-call duties. The Database is subsequently used by SAP to generate a number of reports for both the users, management and the ATLAS funding agencies. I maintain the OTP WebApp, write all the reports and generate the necessary information. 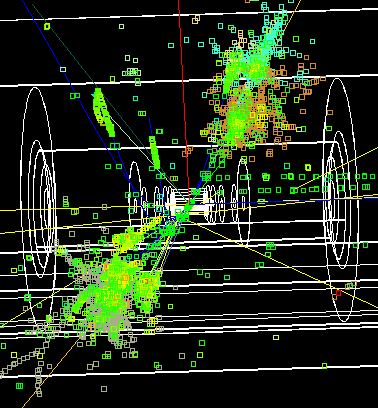 The World-Wide Web Interactive Remote Event Display was originally created as a Java Applet in 1995 for the DELPHI experiment at CERN. It later evolved to a stand-alone application framework for Event Display for numerous other experiments at CERN. At SLAC I extended WIRED to become a plugin into the Java Analysis Studio (JAS) framework, where it has the Linear Collider as its main experiment. WIRED continues to be maintained and extended by the team at SLAC. 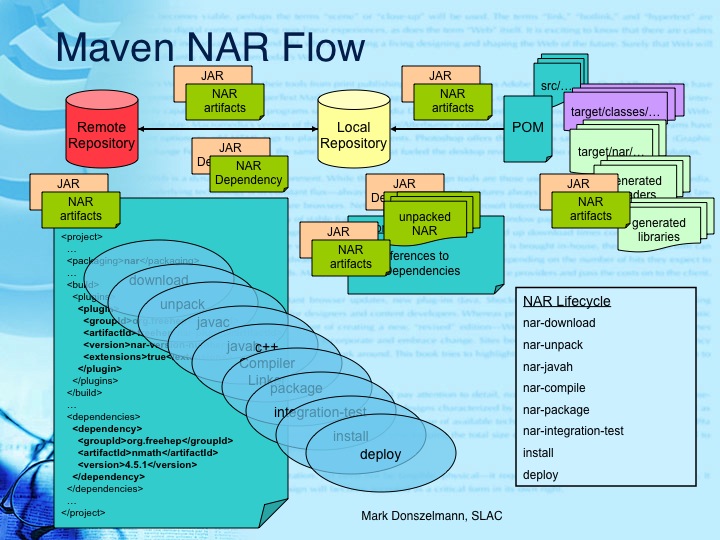 Originally I wrote a Native (language) plugin for Maven 1, to compile JNI C and C++ libraries for FreeHEP. Later I extended this NAR (Native ARchive) plugin for Maven 2 to also handle standalone C and C++ code compilation. The code was donated to Sonatype and later on put into github where it is currently maintained by others. Both the original site and the new site are on github. As part of the project I used NAR to create a Maven Swig Plugin to run SWIG and created a parallel and updated version of CPPTasks. 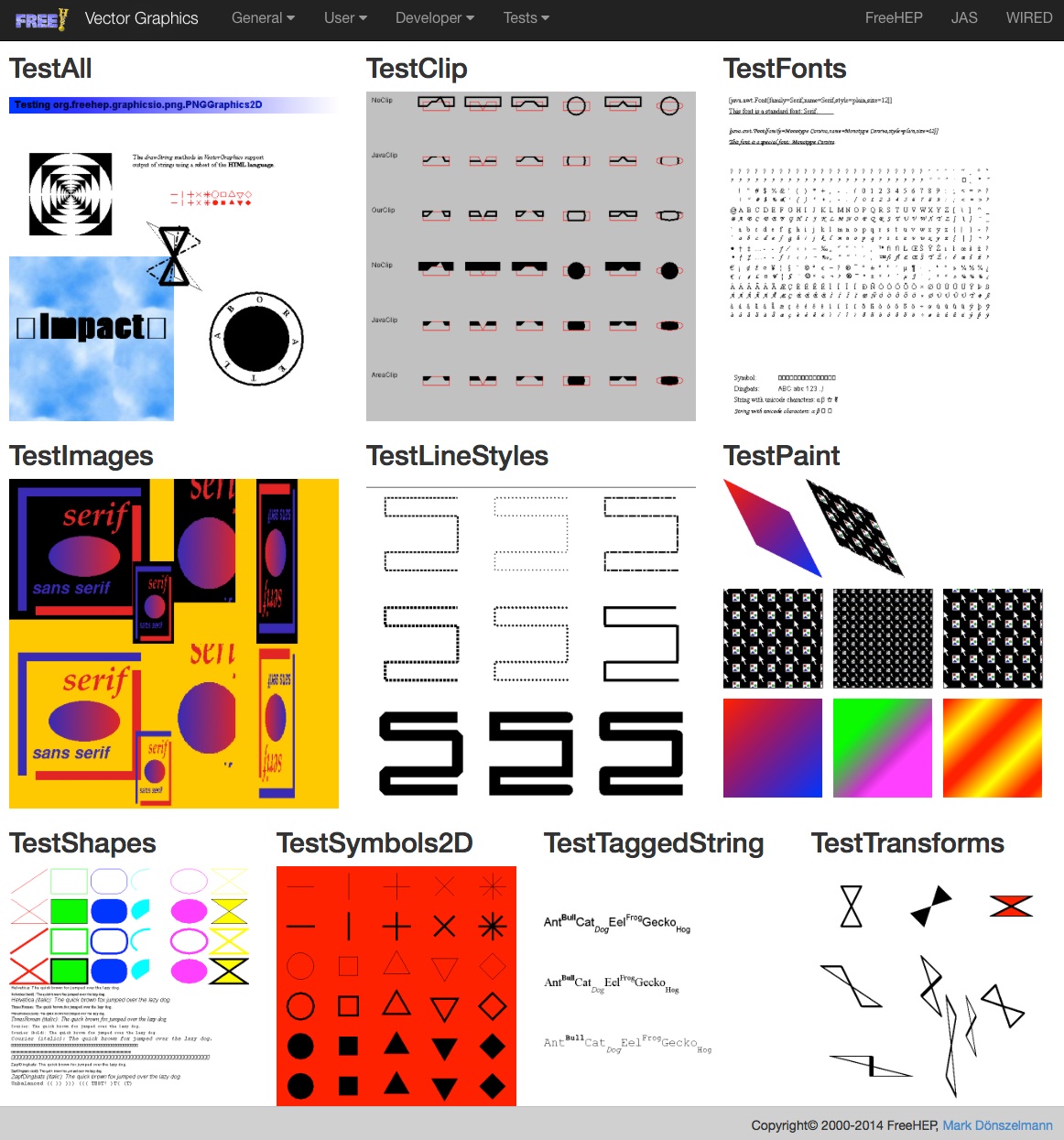 In the WIRED project we needed a general library to provide Java VectorGraphics output in a number of formats. Carl Loomis wrote the original VectorGraphics to provide output in Encapsulated PostScript. I extended and generalized the library to handle fonts and provide output to other vector formats, such as PDF, SWF (Flash), SVG and EMF. The latest code is maintained and available on github.

At SLAC, with Tony Johnson, and later on at CERN I worked on a number of OpenSource libraries within the FreeHEP framework. A non-exhaustive list is given below: 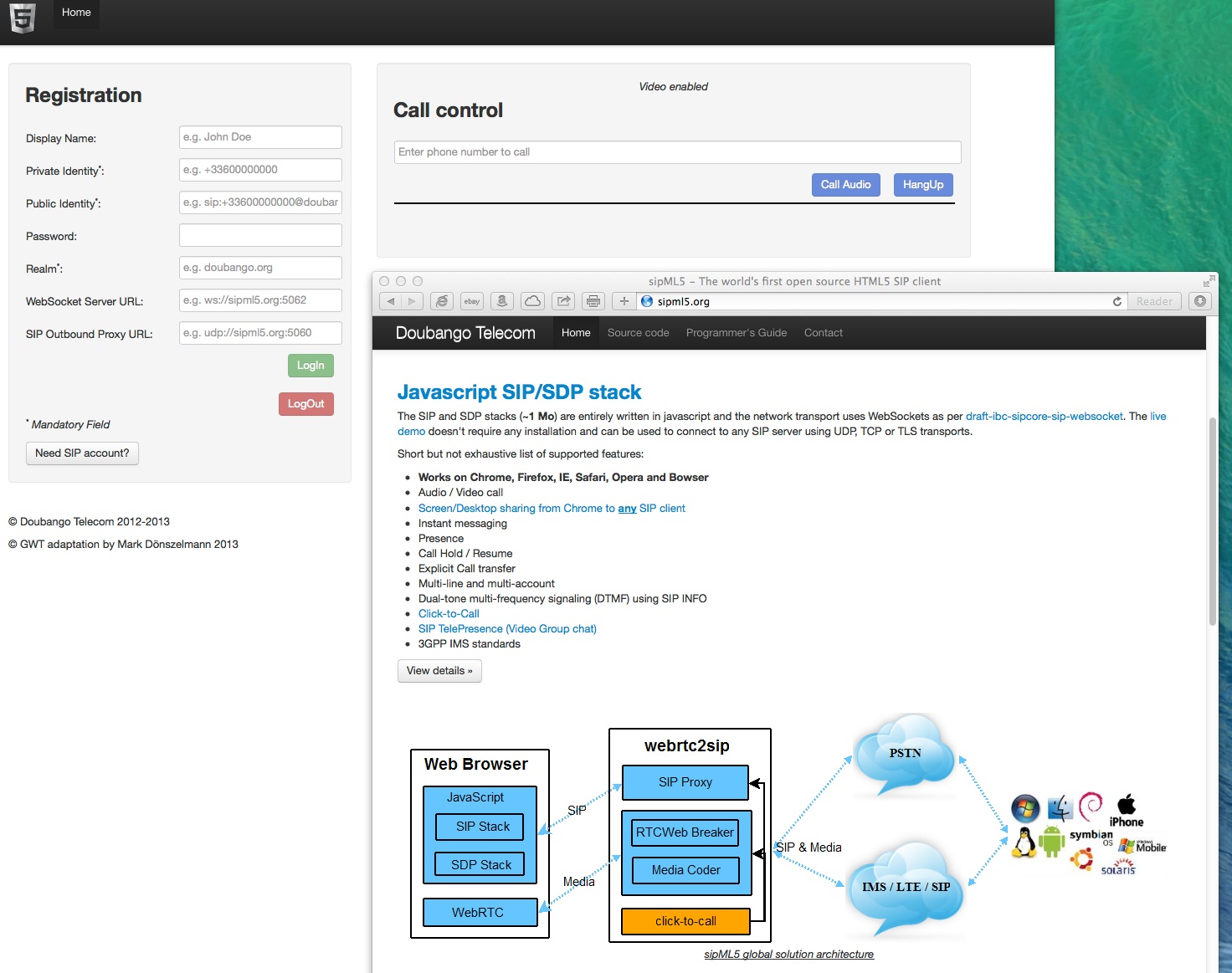 To test out the Vector Graphics library for Java I wrote a PostScript viewer in Java. It is not complete, but implements most PostScript commands. A debugger was added as an educational feature so that one can actually follow how a stack-processor works.

Several websites I wrote/designed with and without the use of Bootstrap:

In 1991 CERN designed the World-Wide Web. In 1994 I used a hand-drawn PostScript Map of the CERN buildings, which have a totally historical numbering scheme, to provide an interface on the web to find your way around CERN. The interface used a Perl script and a PostScript interpreter (GhostScript) to produce Gif images of the map, locating the building searched for. Remember, google maps did not exist at that time, in fact google did not exist yet...